How did Slide Me Out™ come to be?  Well, Neal always hated removing snow from his mailbox after snow storms. The hard pack snow and chunks of ice were heavy and many times broke sheer pins on his snowblower.  Passing cars were always a threat from the busy road as well.
Neal had found many news articles reporting  people hit by cars while removing snow from mailboxes. Neal needed some way to move his mailbox instead of moving the snow!  Neal’s idea finally came to light after he met Ivan Stanek. Ivan is a well respected craftsman from New Hampshire and his story is very interesting.

Ivan was born in Prague Czechoslovakia in 1954. He grew up in a very artistic family where he learned the rudiments of, ceramics, woodcarving, jewelry, metalworking, sculpting and fashion design. Stanek completed his apprenticeship in blacksmithing with an ornamental metal designer in 1983 and then began restoring historical pieces. He then was told by the communist government that he could not continue to work as an independent artist. He and his wife then decided to risk everything and escaped to the USA. Knowing only 3 words of English, he was able to start a new life here in NH, and very soon started his own independent business, Stanek Design, which he owns till this day. 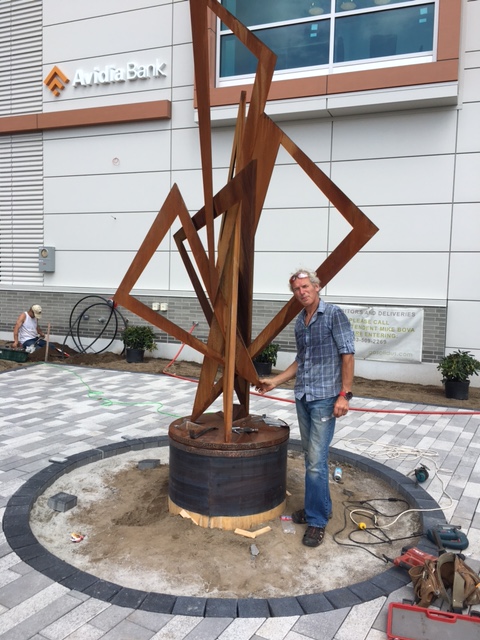 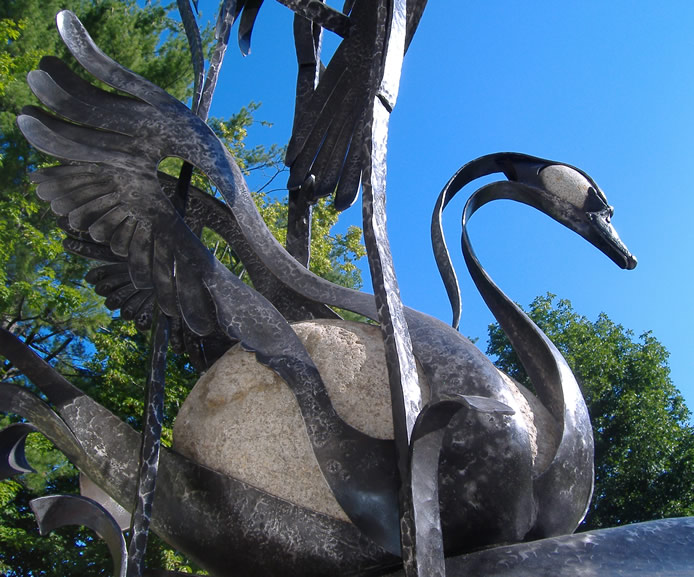 His approach to work has always been simple for him, “I have an idea, I draw it up and go and make it, I am never afraid to try something new and to do it differently”. His ideas come from nature, history, and above all, his own creative spark.